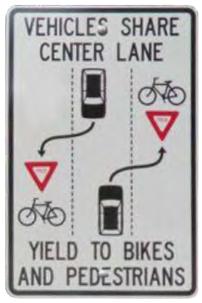 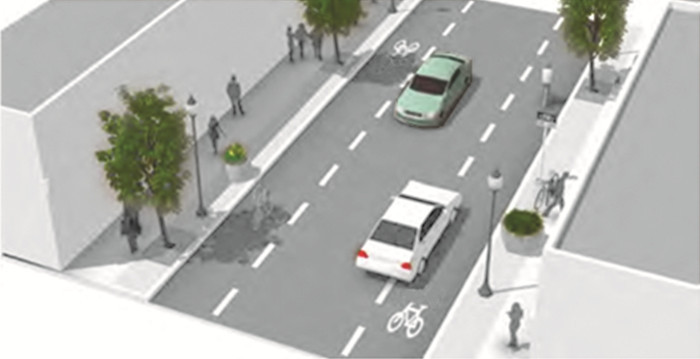 New in Victoria But Not Elsewhere

Apparently this type of lane is common in the Netherlands where they have been in use for five decades and was mentioned in the August edition of the ITE Journal on page 17 where sight line considerations were under discussion.

I found his video to be instructive. The action required of drivers here are exactly the same as what is required in a neighbourhood with a narrower street and no line markings.