Wikipedia defines road rage as "aggressive or angry behavior exhibited by motorists." Robert asked me to write about it after reading last week's article on aggressive driving. He attributes most road rage incidents to slow drivers, especially those who block the left lane. People dislike having their driving controlled by someone else he said.

Returning to the Wikipedia article again, it expands on what might be considered road rage and is different from commonly encountered aggressive driving.

These behaviors include rude and verbal insults, yelling, physical threats or dangerous driving methods targeted at other drivers, pedestrians or cyclists in an effort to intimidate or release frustration. Road rage can lead to altercations, damage to property, assaults, and collisions that result in serious physical injuries or even death. Strategies include long horn honks, swerving, tailgating, brake checking and attempting to fight.

Incidents like those described are not rare on BC highways today.

An article in Psychology Today examines the causes of road rage:

My first reaction when someone involves me in a dangerous situation when driving is to avoid trouble. Sure, I might mutter a few choice words about their mental ability and ancestry, but that doesn't contribute to solving the problem and could tempt me to continue in that line of thought and make it worse.

Here are a few thoughts on what to do in making the best of what could become a bad situation:

If you are a victim in a road rage incident, FIDO might be your best friend. 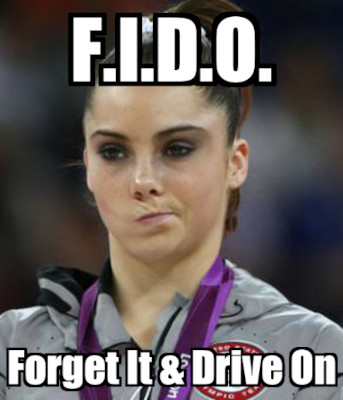 When I worked in Vancouver we had an employee that felt he had every right to be in the left lane.

After people had been on the ferry for an hour and half they get off the ferry with the other three hundred cars and it is a free for all. So what they don’t need is someone insisting on being in the left lane doing exactly the posted speed and the right lane is passing him. Peoples tension, frustration, anger, sky rocket when if he did the correct thing and drove in the right lane unless passing they wouldn’t be so frustrated.

So now I was able to see a few times when people would do dumb things because they were trapped behind him and swerve into the right lane no signalling and swerve back basically cutting him off to show their anger. He would complain the next day about that. Yet never understand the concept unless you are passing get out of that lane.

We also tried to explain to him he is not a cop it is not his job to slow people down on the highway and he was the problem why people were doing what they were doing.

I put a lot of the blame for road rage onto the cops. If they could ever remove the blinkers and spot more than the ones not wearing seatbelts, talking on a phone or exceeding the speed limit things might improve. And it definitely would not hurt if on a multi-lane road the cops kept in the right lane unless passing. I've never met one driving in the right lane always in the left. Poor example. Monkey see monkey do.

Then there is driving instructors. I've actually questioned how some of these instructors ever got a licence themselves. Most recent item that comes to mind is the driving instructor car that got pulled over and the student charged with impaired driving. Yet the instructor was oblivious to this. I would like to say it is an isolated incident yet personal observation says otherwise.

As the previous person posted. Far too often road rage is triggered by those that feel it is their right to drive how they want with no consideration of other road users.

I'm definitely not perfect as I break one law continuously, the one thing I do is watch the traffic around me, don't tailgate and do my best to not impede other road users. To me it is just being courteous. Treat others with respect.

Thanks for this column about road rage. That was excellent and most of us can relate probably. I know I am less than patient when I am in a hurry and I sometimes tend to make mistakes in traffic that would otherwise not happen. Hence I try to leave with plenty of extra time to spare to get to my destination.

As for road rage, last winter I had a woman spray slushy snow up onto my windshield. She deliberately swerved with her back tires of her vehicle as she passed me at a high rate of speed on Glenmore road. It was almost like a pit maneuver. I had to stop in the middle of the road and put on my wipers and pray that no one would hit me from behind. I guess I was driving too slow for her taste.

I tried to pursue the vehicle but her car was much faster than mine and common sense kicked in shortly thereafter and I let it go. I proceeded to take photographs of eagles from inside my vehicle in a safe spot when she came back, stopped beside my car in the opposite lane and pointed at me with her finger and thumb in a gun like shooting gesture.

That scared the heck out of me but I did not respond. She carried on her way but I’ll never forget that awful experience. It reminded me that people with that kind of road rage are very dangerous and I was just thankful that I wasn’t injured or killed by that lunatic.