The addition of a five-foot stop sign arm installed on one of Mineral County, West Virginia's school buses is proving to be helping to keep children safer, school officials said. John Droppleman of the school system’s transportation department told the Board of Education on Tuesday that the extended arm was installed on bus No. 57. “That was a bus that the driver indicated he had seen cars passing the bus when it was stopped to load and unload students.”

There has been a significant improvement since the extension was installed.

The new arm extends five feet farther from the side the the bus. “There were an increased number of stop arm violations reported,” he said. “Since the installation of the arm two weeks ago, there has not been a single violation reported.”

Droppleman said each bus is equipped with a camera that records the offender’s vehicle and tag number. “This year front facing cameras will be installed on all new buses to aid in the identification or drivers,” he said. “The penalties for running a school bus stop arm are strict, but the terrible implications of running a stop arm and killing a child are real.” 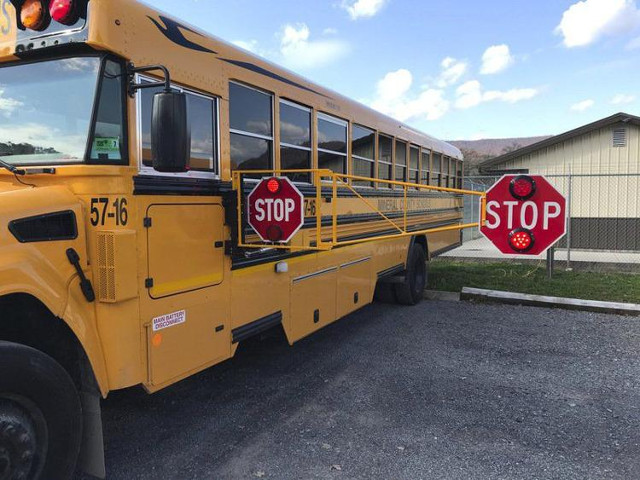