Terrence Wojtkiw was issued a violation ticket for three Motor Vehicle Act offences while riding a TAG 500 electric scooter equipped with pedals. At the time, the pedals had been installed so that they were side by side instead of opposed to each other, in addition to being positioned behind the usual part of the seat used by the driver. They were essentially useless for propelling the machine. 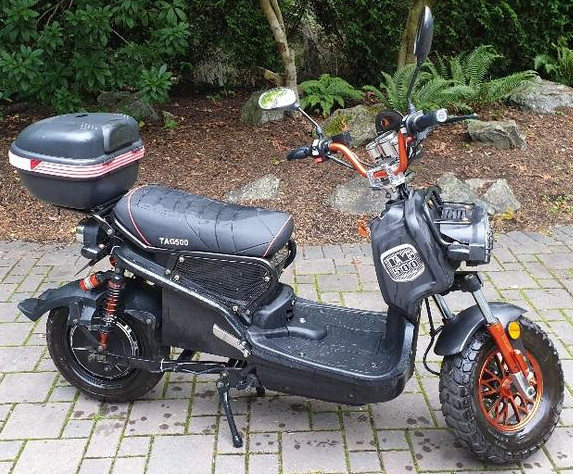 (a) to which pedals or hand cranks are attached that will allow for the cycle to be propelled by human power,

When Mr. Wojtkiw came to the attention of police, he was travelling at 48 km/h on level ground. The motor governor had either been disconnected or had ceased to function as required.

The Judicial Justice in traffic court found that the machine qualified as a Motor Assisted Cycle and dismissed some or all of the charges.

Crown appealed the decision and Madam Justice Murray found the Judicial Justice's decision unreasonable. She ordered a new trial to be held.