Skip to main content Skip to search
Secondary menu
Home » Driving Lights - What Are They and How do You Use Them?

Driving Lights - What Are They and How do You Use Them?

"Are you allowed to drive with both headlights and driving lights on at the same time?" asks a reader. The question was prompted by this person's complaint of being blinded by the lights of many of today's vehicles. These vehicles display two headlights and two of what many people assume to be driving lights.

What is a Driving Light?

According to vehicle lighting expert Dan Stern, "driving lamp" or "driving light" is a widely misunderstood term. People use it to mistakenly refer to all kinds of different lights, including fog lights. It sounds like a kind of lamp you can use whenever you're driving, but that's not the case.

Never with low beams, never by themselves, never in traffic, never in bad weather, and never within glare distance of other vehicles ahead, in either direction.

Driving lights are identified by the markings SAE-Y on North American lamps or the letters HR above the circle containing the E on European lamps. You are allowed to install two of them that must display white light.

All measurements are made to the center of the lamp. 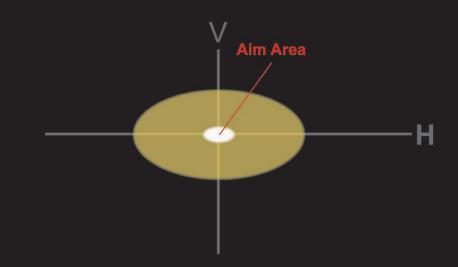 In addition, these lamps must be wired so that they only come on when the high beam headlights are illuminated. This is usually accomplished through the use of a relay that is triggered when the headlights are switched to high beam. This would mean that a driver would shut off driving lights no closer than 150 m to another vehicle being approached or overtaken.

Driving lamp glare elimination is the ultimate responsibility of the driver of the vehicle using them. Keeping them clean and properly adjusted will solve many complaints and dimming them responsibly will solve most others. Enforcement is the responsibility of the police and the Superintendent of Motor Vehicles as the use of this type of lamp is not regulated by the federal government through Transport Canada.

Way Back When vs Today

Half a century ago, when I was into English sports cars, (Still a member of the BC MG club) I had specially installed ‘fog’ lights. These would be used alone on the rare occasions there was actually fog. The theory being, the light would project a greater distance in the shallow layer of clear under the fog whereas the regular headlamps would ‘light up’ the fog causing an obstructing glare. Today, I actually question this logic.

Nevertheless, current legislation limits the use of driving / fog lights to occasions when used in conjunction with the simultaneous use of high beams. Seems to me, that defeats their purpose.

Which begs the question, what actually is the intended function of driving / fog lamps given the current rules? Other than they might look cool?

There are driving lights and there are fog lights, but the two are very different!

Fog lights may be used at any time but stand in for headlights only "when atmospheric conditions make the use of headlamps disadvantageous." Their beam pattern is wide and low to prevent reflection back into the eyes of the driver. 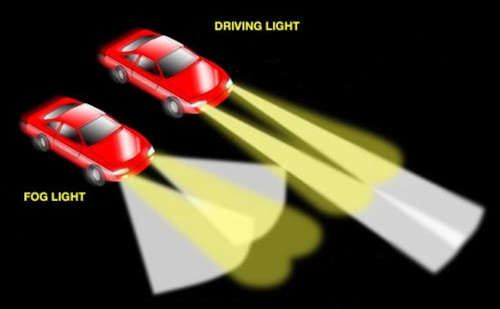 Lights are so Important!

My last vehicle, an F150, was damn near perfect in every way. I ordered a full load XLT because I wanted to avoid leather. But the lights were a bitter disappointment. I researched replacement LED and HID lights until I was exhausted and concluded no matter what I did I would be breaking the law. I recently sold the vehicle and I've ordered an Explorer. It's got LED low beams (and fog lights) but the reports don't indicate they are the best lights either.

I wish manufacturers would get this right.

Here's an interesting video featuring Dan Stern, who kindly gave me his time and guidance when I was researching this article. It gets into why we are in the situation that we find ourselves today. Sadly, Canada simply changes "Federal" to "Canadian" in the standards and adopts them as ours.

Indeed, the purpose of high beam lights is to send a lot of light out there ahead of the driver, at a relatively high angle. Which is great on a clear highway at night, but in fog the light will be reflected back at the driver's eyes, this glare actually reducing the driver's vision due to the pupils contracting in response. And in dense fog, it sure as heck won't improve forward vision, it can't.

A key aspect of vision is contrast. That's why fog lights are yellow. If a photographer using black and white film wants to increase contrast, they put on a yellow filter. If a biathlete is shooting their rifle, what colour goggles do they wear? Heck, I keep a pair of sunglasses with yellow lenses in the glove box, for driving in low contrast conditions on highways.

Those mandatory european red fog lamps are indeed intense; that's why there's a warning light on the dash when you turn them on. But! In foggy conditions, their brilliance provides the best contrast to the blanket of whiteness, to alert drivers coming up behind.

I recall in the UK back in the 80's they would sometimes have massive pileups on the M6 (designed to move a volume of traffic efficiently) when the fog rolled in. It still happens there. Heck, it still happens most places where traffic is moving fast but drivers aren't keeping enough space.

Most drivers don't have a clue when/where to look for potentially foggy/icy patches. But it's not rocket science; bridges are surrounded by air and above water. That's why they're slipperiest in low temperatures. That said, so long as the cruise control is turned off, and the driver is soft with the gas pedal and the steering wheel, there's no reason for the car to go out of control.

Sorry, I wandered off topic there!